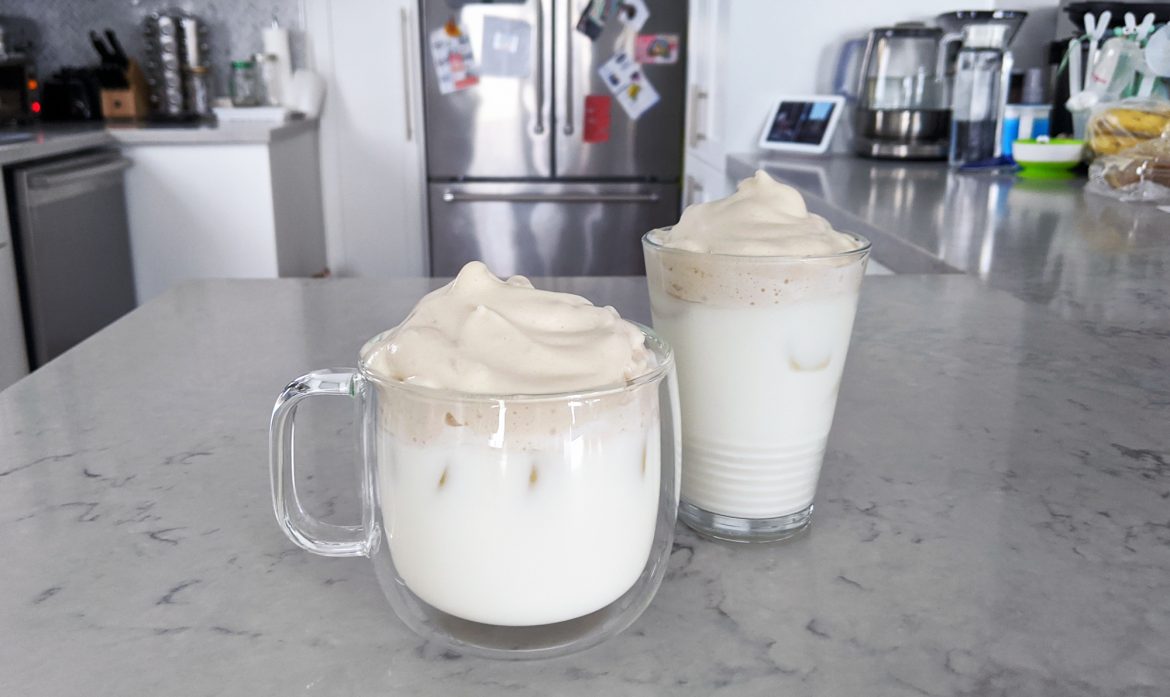 Dalgona coffee is an iced latte topped with a sweet, whipped coffee foam. It’s been a huge sensation all over the web lately and after trying it, I wanted to experiment with other flavours. Some other variations I’ve tried are dalgona matcha, dalgona hojicha, dalgona ovaltine and dalgona mocha, but I just bought some instant milk tea mix so why not try dalgona milk tea as well?

For dalgona coffee instant coffee, sugar and hot water can simply be whipped together, however for the non-coffee dalgonas either whipping cream or egg whites must be used so the topping can stay light and fluffy. The egg white method is essentially an Italian meringue where the egg white becomes cooked as hot water (and sugar) is added to it. Any milk tea in powdered form can be used, I prefer the sachets from royal milk tea or Chatime.

First, whip the egg white with the whisk attachment on medium (or using a hand mixer or a whisk by hand). Soft lines should start forming after a few minutes (soft peaks), however be careful not to overwhip as it will turn into a clumpy mixture which cannot be salvaged.

At the same time, bring water and sugar to a rolling boil.

Drizzle the water mixture slowly into the egg white mixture as it continues to whip.

Continue to whip for 1-2 more minutes until the egg whites turn glossy and the egg whites can hold its shape when lifting it from the bowl (stiff peaks). Add the milk tea powder and mix until combined.

Pour milk and ice cubes into a glass, and top with your whipped milk tea to complete your dalgona milk tea. Stir and enjoy!

As an Amazon Affiliate, I will receive a small commission if you purchase through my links at no additional costs to you. Thank you! 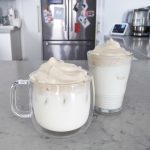